Red is one of the most eye-catching colors around!

It can signify love and romance but also danger. You’ll find red in abundance in nature, but it can also be a warning sign to stay away.

The color red comes in shades from pale red to rich, dark red, and everything in between.

Here’s a comprehensive list of more than 45 things that are red in nature!

Red is a common color in nature and the man-made world.

If you look at the color wheel, you’ll see that it’s one of three primary colors (along with yellow and blue). So, it’s an essential building block for mixing other colors.

You can use the color red to make purple and orange, among other shades.

But in itself, red is a significant color with a variety of meanings. It often symbolizes love, romance, and passion.

However, red also has some darker meanings. For example, it’s also the color of anger, danger, and aggression.

It’s not for nothing that red is used as a warning – both in nature and on road signs. Many animals and plants use this color to warn predators away or show that they’re toxic.

Let’s take a look at the wide variety of things that are red in nature!

45 Things That Are Red in Nature

As the rhyme goes, “roses are red, violets are blue.” So, what better flower to start with in this list of things that are red in nature. Red roses signify love and romance. And that’s why they are a beautiful gift for the one you love.

Poppies are delicate and beautiful flowers with a brilliant red color. What’s unusual about these flowers is that they only last a day or two. And then, the red petals start to drop away. We often use these flowers to remember those fallen in war. A field of red poppies is a sight to behold.

Although tulip flowers originated in Turkey, they now grow all over the world. The Netherlands is famous for its tulip fields that look spectacular in the spring. Tulips come in many colors, but red is one of the most common varieties.

Zinnia is an annual flower that comes in a rainbow of colors, from pink to orange and yellow. But the red zinnia is the most common and popular variety. Interestingly, zinnia is part of the sunflower family, although it looks very different.

The hibiscus is a flowering plant that produces beautiful red flowers. The flowers are edible and make a delicious tea with a sweet yet tart flavor. Hibiscus contains antioxidants that are good for the immune system.

Tomatoes are a staple in diets around the world. But they also look gorgeous with their sun-kissed red skin!

Chili peppers are spicy little peppers that turn from green to red when ripe. The bright color and spicy taste are warning signs to stay away! But a chili pepper is an essential ingredient for many delicious recipes.

Cherries are a delicious berry and just the first red berry on this list. (There are many!) These fruits have a deep red-black color and a tangy taste.

Raspberries are a softer berry without a stone in the center. They are a dark pinkish-red color and grow best in temperate climates.

Strawberries are perhaps the most well-known of all the red berries. They grow around the world in many counties, from the USA to Spain, Turkey, and Egypt. It’s hard to resist this juicy, sweet fruit.

In contrast with strawberries, redcurrants are tiny berries with a tart taste. You can eat them fresh, but the sour taste might put you off. However, they are delicious in jams, tarts, and jellies.

Bell peppers come in various colors, from green to orange and yellow. But the red variety is the most eye-catching, with its jewel-like tones.

Although watermelons have a thick green skin, the center is a dazzling red. For many, watermelons signify the beginning of summer. There’s nothing like a slice of watermelon on a hot day.

The plum is another red stone fruit (although it can sometimes look purple or even black). It’s juicy, sweet, and sometimes a little tart.

Pomegranates grow naturally across the Mediterranean, Middle East, and much of Asia. They also thrive in areas of the USA, particularly in California. The outer skin has a paler orange or pink shade. But the pomegranate seeds inside are a rich, jewel red color.

Rhubard is a curious vegetable. It has dark green leaves, but peek underneath, and you’ll see vibrant red stems. It’s these stems that we cook and eat in desserts such as rhubarb crumble.

Rubies are naturally occurring gemstones. They get their rich red color from the trace element chromium. The more chromium present, the brighter and redder the ruby. These gemstones can fetch a high price, as they are rare and valuable.

Less common than rubies, red tourmaline is another precious gemstone. You’ll find red tourmaline used in jewelry, but it’s not as expensive as rubies.

Garnet is another well-known precious stone and an alternative to rubies. There’s evidence that garnet has been used for jewelry since the Bronze Age. This stone is hardwearing, so it’s also used as an abrasive.

Red zircon is another beautiful gemstone with a rich, red color. Its transparency and vibrancy make it a popular choice for necklaces and rings.

These curious creatures are often found in tide pools and shallow ocean areas. They often have a reddish-orange color, although they also come in other colors. Fun fact: Starfish are not actually fish but marine invertebrates.

Lobsters are well known for their distinctive bright red coloring. There’s a reason why we say ‘as red as a lobster.’ But interestingly, most lobsters only turn red when cooked. The majority are brown, although you can also find white, orange, and even blue lobsters in nature.

In comparison with lobsters, the red crab has a true red coloring (including when alive). There are many crabs, but some red varieties include the Christmas Island and the Red King crab. While the latter is edible, Christmas Island crabs are not.

I couldn’t put together this list without mentioning fire. Humans have been creating fires for heat and cooking as far back as memory goes. But the orange and red flames are also powerful and mesmerizing.

There’s nothing as moving or romantic as watching the sunset. Watching the sky transform from blue to red, pink, and orange hues is incredible. Curious about why this happens? You can read the science behind why sunsets turn the sky red here.

You may have heard the planet Mars referred to as the red planet. That’s due to its distinctive reddish hue created by iron oxide particles on its surface. It’s possible to see Mars without a telescope. It looks like a red star in the sky, so it’s easy to spot.

Coral comes in many different colors, including red. It’s often mistaken for a plant or rock, but corals are invertebrate animals. However, their bright red color is at risk of bleaching due to rising ocean temperatures.

Another sea creature, anemones look like small plants or flowers. You can find them in coral reefs and tide pools in warmer regions across the world. Anemones are often red, sometimes a paler pinky-red or a rich, deep burgundy shade.

While most leaves are green, deciduous leaves put on a spectacular color show in the fall. As the temperature drops, the leaves turn yellow, orange, and red. The sight of an autumn woodland is spectacular with its rich fall colors.

There are several types of red mushrooms, and generally, it’s a sign to stay away. For example, the fly agaric and the russula emetica are both toxic red mushrooms.

You might know the cashew as a small, tasty brown nut. But did you know it doesn’t have a shell and instead grows from a bright red fruit? The cashew fruit is also edible and can be eaten raw or cooked, but it perishes quickly.

Thanks to its rich red berries and dark green leaves, holly is often used as a Christmas decoration. However, the berries are poisonous, so don’t be tempted to eat them.

This plant has vibrant red leaves that are very unique. It’s this coloring that makes it a popular Christmas gift. This plant is hardy and low-maintenance. They are endemic to Mexico but grow well around the world.

There are fewer red birds and animals in nature, as most use camouflage to hide from predators. But the Northern cardinal is an exception to this rule. The male Northern Cardinal is a gorgeous bird with an eye-catching, deep red coloring. In particular, they stand out in the winter months against a backdrop of snow.

These tiny frogs are highly toxic and even lethal if touched or eaten. So, their vibrant red color is a warning sign to stay away. These frogs also come in bright blue, golden yellow, and other colors.

Flamingos get their bright coloring from the food they eat. Algae containing carotenoids is a flamingo’s favorite food in their natural environment. It’s this beta-carotene pigment that makes them turn such a vibrant color. Depending on their diet, flamingos can range from pale pink to fiery red.

Red ants are another creature you’ll want to avoid. Also known as fire ants, these insects have a nasty bite that causes a stinging, burning sensation. So, watch out for these reddish-brown insects.

Ladybugs are very dinstictive insects, with their bright red coloring and black spots. They’re one creature even the youngest child will have no trouble identifying.

Butterflies are beautiful, and this vibrant red species is one of the most striking. It has vivid red wings without any patterns, so they stand out against green foliage. The red glider butterfly is native to Central Africa.

The red squirrel lives across the United States, Europe, and Asia. They prefer temperature woodlands and coniferous forests. Despite the name, these little critters are more of a rusty orange than a bright red. But they still deserve a spot on this list!

Another iconic red animal is the red panda. These animals live in the Himalayan region and spend most of their lives in the treetops. They have distinctive reddish-brown fur with white marks on their faces. Red pandas’ closest relatives are raccoon, not the giant panda, as commonly believed.

This gorgeous bird is also one of the most colorful on this list. Not only does it have a gorgeous scarlet coloring, but it also has green, yellow, and blue feathers.

The majestic redwood trees grow along much of the west coast of the USA. They have a rich, reddish-brown bark and can reach almost 400 feet in height.

While some trees develop red leaves in the fall, others are red all year. The Japanese maple is a prime example. This striking tree has delicate leaves with a bold, bright red coloring. It’s very picturesque and a popular choice for ornamental gardens.

As you can see, countless things are red in nature. From flowers to fruits, animals to gemstones, red is abundant in nature.

The color red can be a warning sign or a defensive mechanism to ward off predators. But many red plants and animals simply look beautiful and eye-catching.

What’s your favorite red thing found in nature? I’d love to know – let me know below! 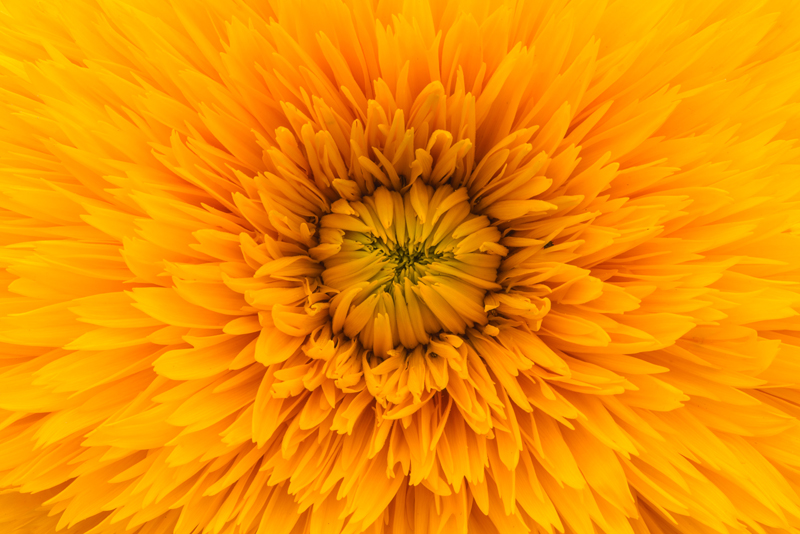 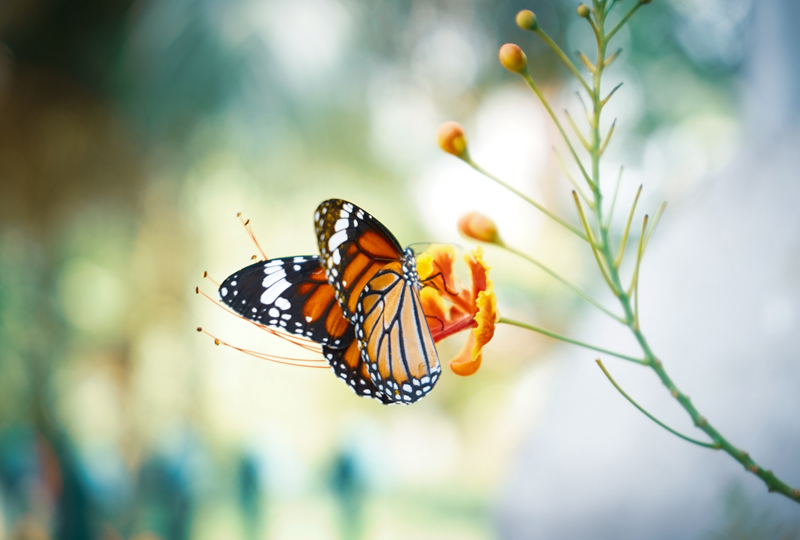